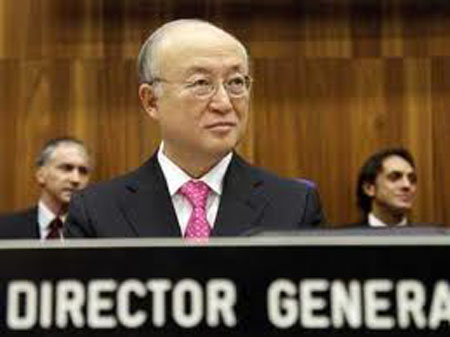 UN nuke chief: fresh round of talks with Iran to be held Friday

Fresh round of nuclear talks with Iran will be held in Vienna on June 8, the U.N. nuclear agency Chief Yukiya Amano announced on Monday in a speech to the 35-member IAEA Board of Governors in Vienna. 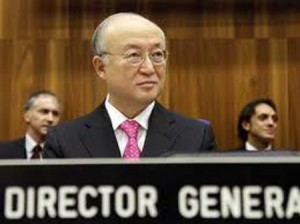 “I invite Iran to sign and implement the Structured Approach document as soon as possible and to provide early access to the Parchin site,” Yukiya Amano said, referring to an agreement on how to conduct the IAEA’s investigation.

After his one-day visit to Iran on May 21, Amano said that he expected to sign a deal with Iran soon over probing Iranian sites, expressing that the agreement was near.

“I was assured that agreement on the structured approach would be expedited and that the remaining differences between Iran and the agency would not be an obstacle to reaching agreement,” the veteran Japanese diplomat told the Board of Governors.

According to Washington Post, urging Iran to sign and implement the deal as soon as possible, the UN nuclear watchdog also appealed for quick access to a site at Iran’s Parchin military that the IAEA suspects is being cleansed of evidence of secret nuclear weapons-related testing, the accusations Iran’s IAEA envoy, Ali Asghar Soltanieh dismissed and called them baseless.

The UN International Atomic Energy Agency (IAEA) has repeatedly asked Iran for access to Parchin but Iran has so far refused to let inspectors visit the facility, saying that a framework must be agreed on for any access or visit.

The new round of talks between Iranian and IAEA officials will be held ahead of Tehran’s negotiations with the 5+1 group (the five permanent members of the UN Security Council and Germany), which are scheduled to be held in Moscow on June 18 and 19.