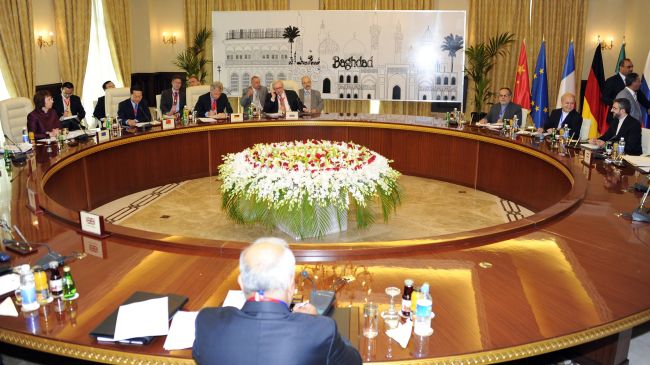 While all eyes are on Baghdad nuclear talks, there is no good news from Iran-G5+1 talks as world powers snubbed Iran’s demands, presenting it with a list of stringent demands to curb its uranium enrichment but offered little sanctions relief in return. 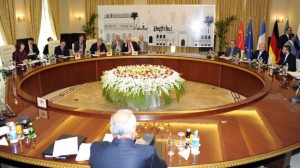 In the proposals presented to Iran, the six world powers are pressing the country to immediately give up some parts of its nuclear program, including halting its production of 20 percent enriched uranium. Iran also is being asked to ship abroad its stockpile of this 20 percent enriched uranium and eventually shut down a new enrichment plant built into a mountainside near the city of Qom, Washington Post reported.

Christian Science Monitor quoted an Iranian diplomat as saying, “we are ready to have a compromise on that [20 percent enrichment], as long as it is a step-by-step process,” but suspending all enrichment is a red line that Iran says it will never accept.

Moreover, Tehran’s negotiators, demanding a principle of “reciprocity” of concessions, wanted the U.S. and Europe to ease harsh economic sanctions on its oil exports in return for pledges to give wider access for U.N. inspectors and other concessions, but the “reciprocal” process they agreed in the first round of talks in Istanbul last month, was not on the table in the Baghdad talks.

News, Proposals, Uranium Enrichment May 24, 2012
Iran’s first move in Baghdad, a five-pivot package of counterproposal
Iran-G5+1 nuke talks to be continued in Moscow