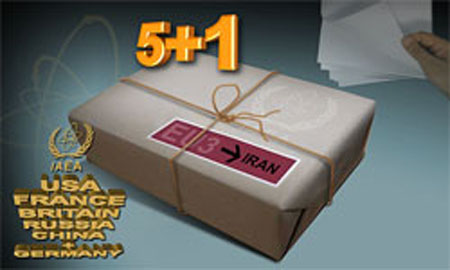 Iran’s first move in Baghdad, a five-pivot package of counterproposal

In its first move in Baghdad nuke talks on Wednesday, Iran has offered a five-pivot package of counterproposal to representatives of Group 5+1. 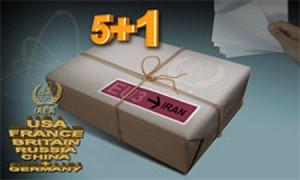 Iranian package, which includes five subjects in various fields of nuclear and non-nuclear cooperation, envisages a step-by-step methodology to resolve the dispute and is well-balanced on give-and-take basis.

Earlier on Wednesday, Michael Mann, a spokesman for Ashton, said that the P5+1 put forward a set of new proposals to Tehran apparently aimed at reining in Iran’s highest-level uranium enrichment.

Comparing the Iranian package of proposals with that of the Group 5+1, Iran’s package is more comprehensive, IRNA reported.

Representatives of the Group 5+1 (the five permanent UN Security Council members plus Germany) should express their view about the package in the afternoon session which starts at 18:00 Baghdad time.

And, the talks are scheduled to continue later in the evening and more negotiations are slated for Thursday.

Last month, Iran and the P5+1 talked in the Turkish city of Istanbul where both sides hailed the discussions as constructive.