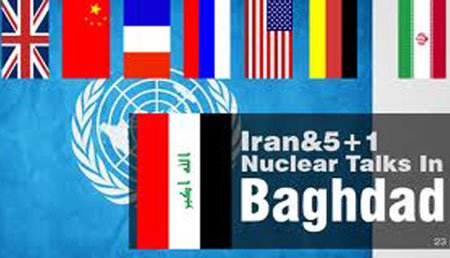 Baghdad talks would be held tomorrow while there are several speculations on them. West proposals and Iran’s demands are main concerns of the meeting. 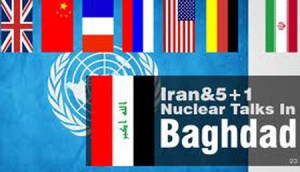 Now all eyes are on Baghdad to see the final fate of Iran’s controversial nuclear program, while tensions are escalated during the recent years.

The western countries that handed negotiations to G5+1, threaten Iran with tougher sanctions and military strike to force it to give up its nuclear programs and accept the west proposals, by taking carrot and stick policy. The proposals which Israel announces loudly under specific plan to put pressure on Iran to accept them.

On the other side, IAEA also plays his main role as a watchdog to the point that when Western countries do not have an excuse to pressure Iran; it brings them new excuses based on non-scientific and inaccurate evidence.

While it seems that scenarios, that are designed to deceive Iran as before, have lost their efficiency under proper leadership of Iran’s Supreme Leader, Ayatollah Ali Khamenei, over nuclear talks, Iran follows its legitimate demands regardless of showing hostility or friendliness by the West. These demands are:

2. lifting new financial sanctions against Iran and going back to the situation before 2010, at least;

3. US guarantees that Israel would not attack Iran;

Yet, Iran asks west to start confidence-building actions which are started by Iran before, but they didn’t lead to a proper reaction by the west.

We will answer this question “what’s  the concessions that would be delivered by Iran in return?” in another post.