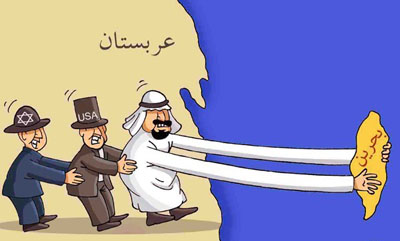 Iranian people will condemn US plan to annex Bahrain to Saudi Arabia and express their anger against the lackey regimes of Al-Khalifa and Al-Saud after this week’s Friday prayers. 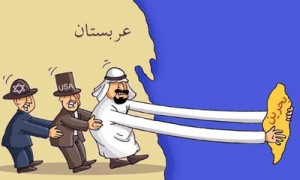 During the 14th Gulf Co-operation Council (GCC) summit that concluded in the Saudi capital of Riyadh on Monday, leaders of GCC members, including Bahrain, Kuwait, Oman, Qatar, Saudi Arabia, and the United Arab Emirates (UAE), discussed whether to establish a closer union for the six states, and weighed that the issue of establishing a closer political union could begin with Saudi Arabia and Bahrain.

The proposed union was presented as a first step in a larger integration between all six Gulf Co-operation Council (GCC) members.

Urging Iranians to protest against the US plan to annex Bahrain to Saudi Arabia, the Islamic Propagation Coordination Council said on its website that “this dangerous plot is the result of the American-Zionist-Britain evil triangle to prevent popular uprisings spreading into other countries of the region and to control the internal crisis in Bahrain which has been caused by the inability of the Al-Khalifa regime to control the situation.”

“Al-Saud and Al-Khalifa should be aware that with this kind of plot they will not stop the popular movement in Bahrain and the movement of Islamic awakening in the region,” the council added.

Ramin Mehmanparast added “any kind of foreign intervention or non-normative plans without respecting people’s vote will only deepen the already existing wounds.”

In return, Bahrain’s foreign ministry condemned Mehmanparast’s comments, saying they “represent a flagrant interference in the internal affairs of the kingdom, and gross violation of its sovereignty and independence, and they constitute a completely unacceptable conduct”.

Moreover, Bahrain’s parliament affirmed that joining the GCC union is a right step that will achieve security, stability and economic prosperity for its citizens and protect the region against hostile states, according to China Daily.