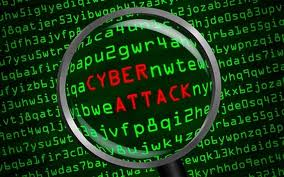 No damage on Iran’s Oil Ministry in recent cyber attack

According to the Iranian officials, the website of Iran’s Oil Ministry has come under a cyber attack but it

Mehr reported, the Iranian Oil Ministry, the National Iranian Oil Company, and a number of other companies affiliated with the ministry, were targeted by a computer worm on Sunday, but the malware was detected before it could infect the systems.

The cyber attack disrupted Internet access at the aforementioned organizations and companies, and the relevant officials are investigating the issue.

Xinhua quoted Mehr as saying, since Sunday, the internet systems of the operational sites of Kharg, Behreghan, Siri, Lavan, Qeshm and Kish in southern Iran have been disrupted but the issue has not caused any problem in production and exports of crude oil in the Persian Gulf region.

Also the semi-official ISNA news agency was quoted by Xinhua as saying, the virus has been identified as “Viper” and, besides the websites of the Oil Ministry, it has targeted some other industrial websites.

According to Fars, the Iranian oil ministry spokesman, Alireza Nikzad said this cyber attack has not damaged the main data of the oil ministry and the National Iranian Oil Company (NIOC) since the general servers are separate from the main servers, even their cables are not linked to each other and are not linked to internet service.

He added that we have a backup from all our main or secondary data, and there is no problem in this regard.

Iran says that it is involved in a long-running technological war with the United States and Israel. In recent years, Tehran has repeatedly announced it has defused malware in its industrial sector including the highly specialized Stuxnet in 2010, which it said had targeted the country’s nuclear facilities, Washington Post noted.