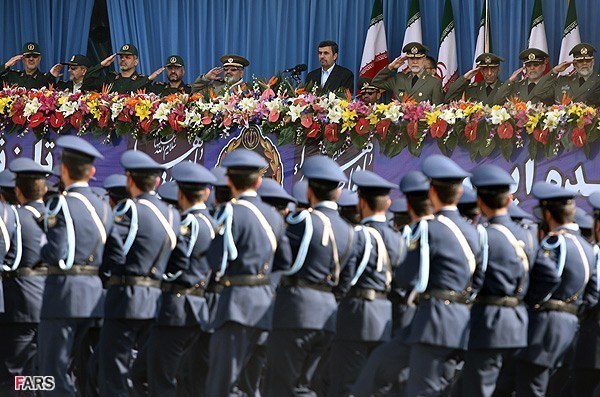 On the occasion of the National Army Day, the units of the Iranian Army are staging parades to show their 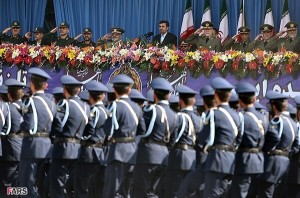 According to ISNA, Iranian President Mahmoud Ahmadinejad as well as many senior army officials including the Chairman of the Joint Chiefs of Staff of Iran’s Armed Forces Major General Hassan Firouzabadi, Commander of Army Brigadier General Ataollah Salehi, Senior Military Adviser to the Leader of the Islamic Revolution Brigadier General Yahya Rahim-Safavi and Defense Minister Brigadier General Ahmad Vahidi are present in the ceremony.

Iranian Air forces, Naval forces and Ground forces are participating in the massive parade that’s being hosted as part of the ceremony.

Meanwhile, the foreign military attachés residing in Iran are participating in the grand ceremony held to celebrate the event. The attachés are from various world countries including Azerbaijan, Indonesia, China, Turkey and Brazil.

Addressing the ceremony, the President hailed the might of the Iranian armed forces and highlighted their full readiness to defend the country against any threats, IRNA stated.

Reporting the news, Fars News Agency mentioned the country’s latest indigenous military hardware including surface-to-surface missiles, drones and air defense systems will be on display during the parades in Iran’s capital, Tehran.

According to Press TV, in recent years, Iran has made major breakthroughs in its defense sector and attained self-sufficiency in important military equipment and systems.

The Islamic Republic has announced time and again that “deterrence” lies at the heart of its defense doctrine, and that its military might poses no threat whatsoever to other countries.