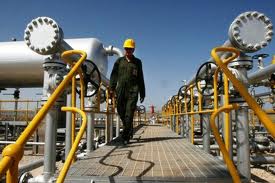 After cutting oil exports to Greece as part of its countersanctions against the European Union, Iran has halted crude export to Spain.

According to Washington Post, the Tuesday report quotes unnamed sources as saying the country has stopped the sale of crude to Spain as part of Tehran’s pre-emptive retaliation over an EU embargo that is to go into effect in July.

As sanctions tightened, the minister said that European states have imposed sanctions on Iran’s oil sector since years ago, and these sanctions have left no impacts on Iran and failed to hinder Iranian oil industry’s progress and might.

The U.S. and European Union have tightened measures aimed at reducing Iran’s oil trade, forcing the Islamic Republic to halt a nuclear program the West suspects is intended to produce weapons.

Iran refuses the Western allegation, and maintains that, as a signatory to the nuclear Non-Proliferation Treaty and a member of the International Atomic Energy Agency, it is entitled to develop and acquire nuclear technology for peaceful purposes, Press TV stated.

Iran’s oil minister said the two countries had not reached an agreement for the resumption of crude exports. Earlier in April, Iran said it had stopped selling oil to 2 Greek oil companies because they failed to pay their bills.

Press TV, on 5 April, reported that Iran terminated oil sales to two Greek firms, major refiner Hellenic Petroleum and Motor Oil Hellas, over their failure to pay for their crude purchases from Tehran.

Reporting this news, Russia Today mentioned while Iran accounts for less than 5% of the world’s oil production for many countries it is essential. Europe is less reliant on Iran’s oil than Asian countries, but Europe’s weakest economies of Greece, Italy and Spain, heavily depend on Iranian crude.

Iran has already cut oil exports to France and Britain in response to the US-led sanctions imposed on the Iranian oil industry, after the EU announced plans on January 23 to impose a ban on purchasing oil from Iran.