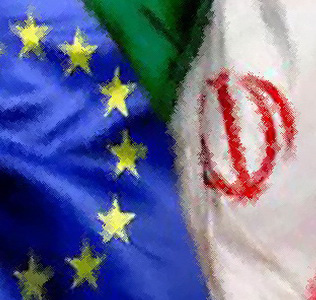 Misperceptions and impediments in the Iran-Europe relations

Over the past centuries, Iran-Europe relations have experienced lots of ups and downs. Iran’s nuclear program and human rights issue are two major obstacles in relationships between Iran and Europe. However, Economic interests certainly play the important role in European union’s relationships with Iran. 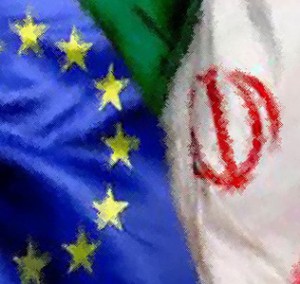 Their relations are at the critical point now.

Since the Islamic revolution, Iran has followed several foreign policies to achieve its goals. The Islamic government’s goal had been fluctuated between interests of Islamic world and national interests. Islamic principles have dominated on Iran’s foreign policy but different conditions made the government to change its priorities of this.

Some other events after capturing of American embassy including Iraq-Iran war and Salman Rushdie case mounted the diplomatic tensions. Iraq-Iran war was one of the important events that affected relations between Iran and European countries. The EU supported Iraq politically, economically and militarily. England, France and Germany provided military equipment, especially, chemical weapons to Iraq army. These events caused to escalate the challenges between Iran and European countries. It should be noted that these countries have taken the major part in determining EU policy toward Iran. After the Islamic revolution, Britain and France had problems with Iran, especially during the Iraq-Iran war, but Germany to a neutral position over the war.

End of Iraq-Iran war and adopting of UN resolution 598 by Iran open a new era in relations of Iran and Europe countries. Conditions of the post-war period in Iran made changes in foreign policy priorities based on economic needs. Consequently, Iran tried to improve its relationship with European countries but the cases of Salman Rushdie and event of Mykonos made problems in process of improving relations.

Ahmed Salman Rushdie, citizen of England, published his controversial book titled “Satanic Verses” (1988) in which he insulted prophet of Muslims. Imam Khomeini, the Founder of the Islamic Republic, issued “Fatwa” (religious decree) in which he declared that Salman Rushdie had to be killed.

Meanwhile, European countries placed human rights standards at the heart of its Iran policy. From 1989 onwards, at least nine resolutions were tabled at the European parliament condemning human rights violation in Iran.

In 1992, the EU accused Iran of human rights violation that it allegedly gave support to international terrorism, and that it was obstructing the peace process in the Mideast.

From 1993 onwards, US implemented new round of sanctions with the aim of isolating Iran. Europe, on the other hand, distanced itself from the policy of sanctions against Iran.

President Khatami’s victory in the Iranian presidential election of 1997 made the west to think that Iran was about to take a new direction in domestic and foreign policy.

The election of Khatami as Iran’s president, which was welcomed by the west, promoted Iran-Europe talks. During those talks much emphasis was put on human rights. At that time, Iran’s relations with the EU has greatly improved. The two sides decided to negotiate a political cooperation agreement but in early 2007, the state of affairs carried no sign of improvement. It seems that the two sides’ differing viewpoints and the issue of human rights will continue to remain a major debate for the unpredictable future, unless strong result is shown on both sides for continuation of negotiations.

At present, the EU’s current policy towards Iran is described as consisting of “two circle,” that is the EU offers economic cooperation while also treating tougher sanctions over Iran’s nuclear program. the US and its allies argue is aimed at developing nuclear weapons but which Iran says is for purely peaceful purposes.

Since 2003, the EU, under the leadership of France, Germany and Britain, had increased international pressures on Iran by winning support for five UN resolutions, but had also offered to negotiate and recently supported president’s Obama policy of an “extended hand.”

Recently, president Obama said, there is still a window for diplomacy and he has welcomed the scheduled resumption of multilateral talks, involving the United States, the European Union, Russia and China, with Iran.

Newly it was supposed that the return of European ambassadors to Tehran after several months would be the proper time to look for a graceful climb-down, but cutting off the Iranian banks from international payment system over EU sanctions by SWIFT closed all the ways of negotiation between Iran and the west.

It seems that by ending the cold season and decreasing the intense need for energy in Europe, Iran-Europe relations will enter another phase and the oil weapon wouldn’t play an important role anymore, at least until 9 months later. Of course, rising fuel price will impact on spring and summer travels of western countries and Europe will not be exempt from which.