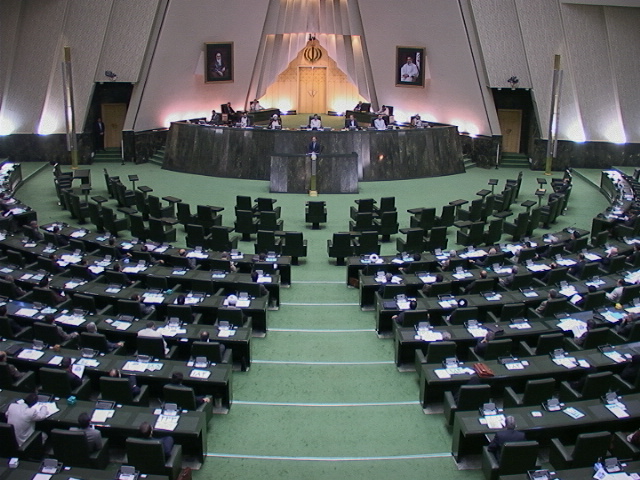 After lots of struggles over the motion of questioning Ahmadinejad, 8th parliament MPs will eventually break the taboo of ‘questioning president’ 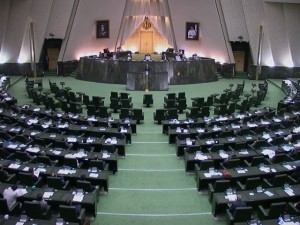 Members of the 8th parliament is ready to finish the most important unfinished work of the parliament, i.e. ‘Questioning President’, and  not to assign it to the next parliament.

According to the report, the president is expected to answer questions about the administration’s failure to fully disburse the funds allocated for the Tehran Metro, the failure to meet economic growth target of 8 percent set for the Iranian calendar year of 1389 (ended on March 20, 2011), poor implementation of the subsidy reform plan, the president’s alleged resistance to accept the Supreme Leader’s decree to reinstate the intelligence minister, president’s remarks about the status of the Majlis, the failure to implement the law to establish the Sports and Youth Ministry and nominate the minister at the appointed time, the dismissal of the former foreign minister while on a diplomatic mission in Senegal, the administration’s poor performance in regard to cultural plans, and the president’s support for the promotion of the Iranian school of thought instead of the Islamic school of thought and his support for the deviant current.

But Tabnak reported on March 11 that those who plan the motion of ‘questioning president’ will apparently relinquish to ask seven of the ten questions. Therefore, only three questions will be asked of the president, which would not be very impressive.

Then, MP Rouhollah Hosseinian said that the questioning session of President Mahmoud Ahmadinejad, which is scheduled to be held on March 14, may be postponed until after the Noruz (Iranian New Year) holidays, which begin on March 20, adding that it is likely that the president’s appearance before the parliament would be cancelled altogether, Jam-e-Jam online said on March 11.

According to the online agency, Rouhollah Hosseinian believed that before the Noruz and the 2nd round of the 9th parliamentary election, there should not be arguments between parliament and government.

Hosseinian went on to say “in view of the facts that the important and decisive Majlis election was held and that the participation of the Iranian nation delivered a hard slap in the face of the West, we should not take away from the sweetness of the election by (creating) such tensions,” according to Tehran times.

Subsequently, a number of prominent lawmakers  issued a statement on Sunday, proposing that instead of appearing before the parliament to answer MPs’ questions, the president and his representatives would be invited to the Majlis to hold discussions with the parliamentarians in order to find ways to resolve the problems of everyday life facing the people, FNA reported on March 11.

They emphasized that our concern is that despite the effort and the accuracy of the representatives and the president, the questions will be wantedly or unwantedly infected with conventional political purposes.

Finally after long debates over the issue of ‘Questioning president’, Fars News Agency said on Sunday afternoon that President Mahmoud Ahmadinejad will appear before the parliament to answer the questions of MPs on March 14.

And, Mostafa Reza Hosseini, Spokesman for the designers of the “questioning president’ motion stressed on the seriousness of the questions designers to hold the meeting on Wednesday.

The Iranian nation waits for Wednesday to come to see what will be the fate of this taboo-breaking  motion – ‘Questioning President’.