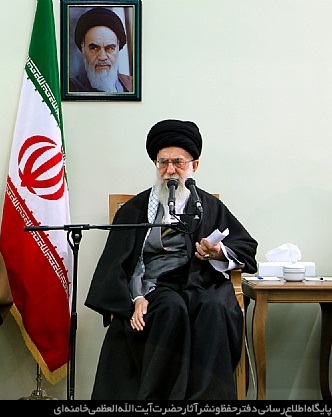 Iran’s Supreme Leader, Ayatollah Khamenei in a meeting with the members of 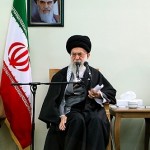 the Assembly of Experts stated the Obama’s recent claims and added such remarks are good and pointed out a step out of illusion.

According to Los Angeles Times, Obama Tuesday accused his Republican opponents of “beating the drums of war” in an election-year effort to use the nuclear standoff with Iran for political advantage.

Furthermore, Bloomberg noted that Obama stressed there’s a “window of opportunity where this can still be resolved diplomatically.” Sanctions may also compel Iran to give up any effort to develop nuclear weapons, he told reporters at the White House.

Reporting this news, Haarezt stated that it is one of the rare cases in which Iran’s top leader praised an American leader. However Iran’s Leader  said the West’s sanctions on Iran would fail.

Calling Obama’s statement good, and a “departure from the illusion,” Iran’s Leader nevertheless criticized the US president for his steadfast advocacy of continued sanctions against Iran. It is a mistake to think Iran can be brought to its needs, according to JPost.

The Leader further underlined the lingering of this illusion will deal a blow to the US officials and will lead their calculations to failure, Press TV reported.