After France and Britain, the Iranian Oil Ministry may also decide to halt oil exports to three more European countries – 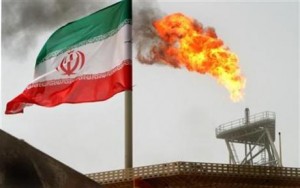 Belgium, the Czech Republic and the Netherlands, Mehr News Agency reported on Tuesday.

After halting sales to Britain and France, Iran laid out conditions for future oil exports to other European countries, stressing that all these should be considered if Europe wants continued trade and oil relations.

The Iranian Foreign Ministry spokesman Ramin Mehmanparast told reporters on the last days of February that “Iran’s conditions include guarantees of payments, long term contracts, and a ban on unilateral cancellation of contracts by buyers.”

Tehran times quoted Mehr as saying if Belgium, the Czech Republic and the Netherlands (EU Members) do not meet Iran’s preconditions, the Oil Ministry will soon stop selling crude to them.

Following Iranian Oil Minister Rostam Qasemi’s instruction to stop oil exports to Britain and France companies, Iran has ceased all oil exports to these countries since February 19 in retaliation for EU oil embargo.

The EU embargo was an attempt to try to pressure Iran to give up its nuclear program the US and its allies argue is aimed at developing nuclear weapons but which Iran says is for purely peaceful purposes.