Are Gulf States, US Accomplice?

After US and EU stepped up sanctions to curb Iran’s oil exports, Gulf  States, 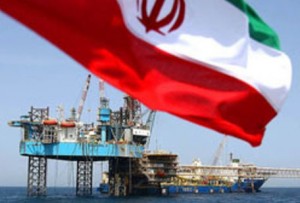 specially Saudi Arabia, decided to increase their oil output to make up for any shortfall in the Iranian oil exports to other countries.

Referring to unpredictable consequences of the Gulf States’ decision, Tehran’s OPEC Governor Mohammad Ali Khatibi said, “Iran has warned its Gulf neighbours to not step in to make up for any shortfall in its oil exports under new Western sanctions.”

“If the oil producing nations on the Persian Gulf decide to substitute Iran’s oil, then they will be held responsible for what happens,” he said.

Khatibi said Iran would consider any Gulf member of the Organization of Petroleum Exporting Countries that “cooperates with the adventurous (Western) nations in substituting Iranian oil to be accomplices.”

Moreover, Iran has repeatedly announced that in the event of war with US,  its accomplices will be attacked too.