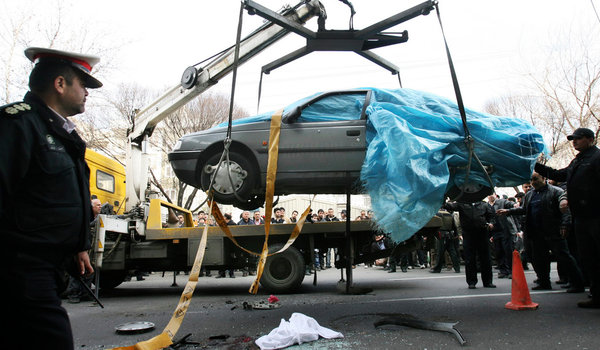 US, UK and Israel Stances Over Iranian Nuclear Scientist’s Assassination

Iran’s Ambassador to the United Nations, Mohammad Khazaei, has expressed deep concern over the 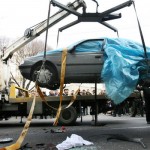 The British Foreign and Commonwealth Office issued a statement condemning the killing of an Iranian nuclear scientist on Wednesday and called for negotiated solution.

“We condemn the killing of civilians and we want a negotiated solution to concerns about Iran’s nuclear program,” the British Foreign Office said in a short statement, Xinhuanet reported.

After the State Department initially declined to respond to Iranian charges that U.S. or Israeli agents were responsible, the White House and U.S. Secretary of State Hillary Clinton flatly denied any role.

“I want to categorically deny any United States involvement in any kind of act of violence inside Iran,” Clinton said at a press conference at the State Department alongside visiting Qatari Prime Minister and Foreign Minister Sheikh Hamad bin Jassim al-Thani.

This is while in November 2011, some of the US presidential hopefuls called for conducting covert operations ranging from assassinating Iranian nuclear scientists to launching a military strike on Iran as well as sabotaging Tehran’s nuclear program.

Besides, Israel’s President Shimon Peres said the Israeli regime has played no part in the recent assassination of an Iranian nuclear scientist in Iran’s capital city, Tehran.

The assassination of Mostafa Ahmadi Roshan was the latest in a year that has already seen new U.S. economic sanctions, threats to bar American ships from the Persian Gulf, an Iranian death sentence to a jailed U.S. citizen and an escalation in Tehran’s uranium enrichment program, AP stated.