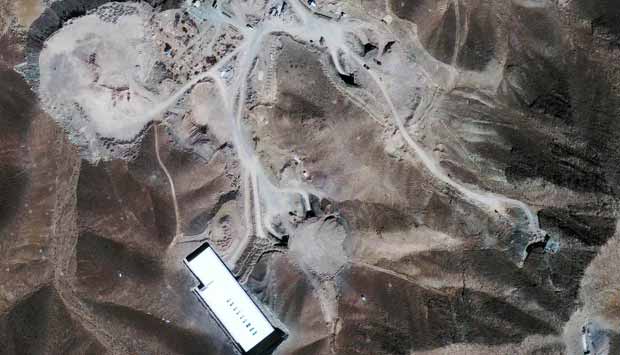 Fordo Enrichment: A New Tension between Iran and West 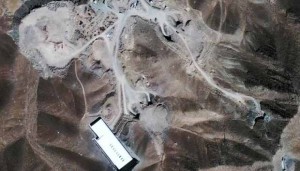 the news is particularly worrying because the site is being used to make material that can be upgraded more quickly for use in a nuclear weapon than the nation’s main enriched stockpile.

The diplomats said that centrifuges at the Fordo site near Iran’s holy city of Qom are churning out uranium enriched to 20 percent. That level is higher than the 3.5 percent being made at Iran’s main enrichment plant and can be turned into fissile warhead material faster and with less work.

A few months ago Tehran announced that it would use the Fordo facility for 20 percent production to produce fuel for a Tehran reactor that makes medical radioisotopes for cancer patients.

Iranian media reported on Sunday that Teheran has begun injecting uranium gas centrifuges at the Fordo facility near the city of Qom.

On Sunday, Iranian President Mahmoud Ahmadinejad started a four-day Latin America tour aimed at shoring up ties with his allies. He  is using the visit to tout relationships with some of his close friends shortly after the U.S. imposed tougher sanctions on Iran over its nuclear program (The US had declared fresh economic sanctions against Iran’s central bank).

With the time and effort reduced between making weapons-grade uranium from the 20-percent level, the start of the Fordo operation increases international fears that Iran is determined to move closer to the ability to make nuclear warheads, but Iran denies and claims it only seeks nuclear reactors for energy and research.

Additionally, Iran threatened to close the Strait of Hormuz, if the country’s petroleum exports are blocked. Revolutionary Guard ground forces also staged war games in eastern Iran in an apparent display of resolve against U.S. forces just over the border in Afghanistan.

Iran’s Supreme Leader have insisted that if enemies block the export of our oil, we won’t allow a drop of oil to pass through the Strait of Hormuz. This is the strategy of the Islamic Republic in countering such threats,” Revolutionary Guard deputy commander Ali Ashraf Nouri was quoted as saying by another newspaper, the Khorasan daily

Adding to Iran-U.S. tensions, Iran’s state radio reported Monday that a Tehran court has convicted an American man of working for the CIA and sentenced him to death.

On Sunday, U.S. Defense Secretary Leon Panetta outlined red lines for Iran in a TV interview vowing that the United States would not allow Iran to develop a nuclear weapon … in the wake of the reports that Iran began uranium enrichment at the new underground site of Fordo well protected from possible airstrikes. He added, Iran is laying the groundwork for making nuclear weapons someday, but is not yet building a bomb. Panetta reiterated U.S. concerns about a unilateral strike by Israel against Iran’s nuclear facilities, saying the action could trigger Iranian retaliation against U.S. forces in the region.

“We have common cause here” with Israel, he said. “And the better approach is for us to work together.

The US and Israel have mentioned military action as one of their option, if Iran continues its enrichment program and Iran’s permanent representative to the International Atomic Energy Agency (IAEA) Ali-Asghar Soltanieh said all of the country’s nuclear activities, including those at Fordo enrichment site, are under the supervision of the UN nuclear watchdog, Press TV reported on Tuesday. Responding them, Iran announced that it is ready to confront with any threat from US-Israel allies.

Iran, Qom January 10, 2012
Iran Sentences CIA Spy to Death
What Does Ahmadinejad Do in Latin America?